15 Nov Is Alcohol a Drug? Why is it so Addictive?

Posted at 13:00h in Alcohol Addiction, Blog by aenriquez 0 Comments

Alcohol is classified as a depressant – it slows down vital functions causing slurred speech, unsteady movement, inebriation, etc. It decreases one’s ability to think rationally and distorts his or her judgment.

After you drink alcohol, it absorbs into the bloodstream through the stomach and small intestine.  From there it readily gets into the brain where it interrupts the parts that control consciousness, heart rate, and our breathing patterns. This can cause slower reaction times and loss of coordination. The effect alcohol has on you is determined by the amount consumed and how quickly. At low doses, it has a mild stimulant effect, improving the mood and helping to socialize. The user feels subjectively relaxed and may feel euphoric. They may turn to alcohol as it allows them to pay less attention to feelings of self-consciousness or awkwardness in social situations, like if they want to “drown their sorrows” or forget about someone or something. Inhibitions also get lowered, which can lead to an increased risk of poor decision-making and potentially dangerous or harmful outcomes. Alcohol can have a sedative effect, and people may turn to it thinking that it helps them sleep. helps them sleep. This may get to a point where they are unable to fall asleep without a drink or two. 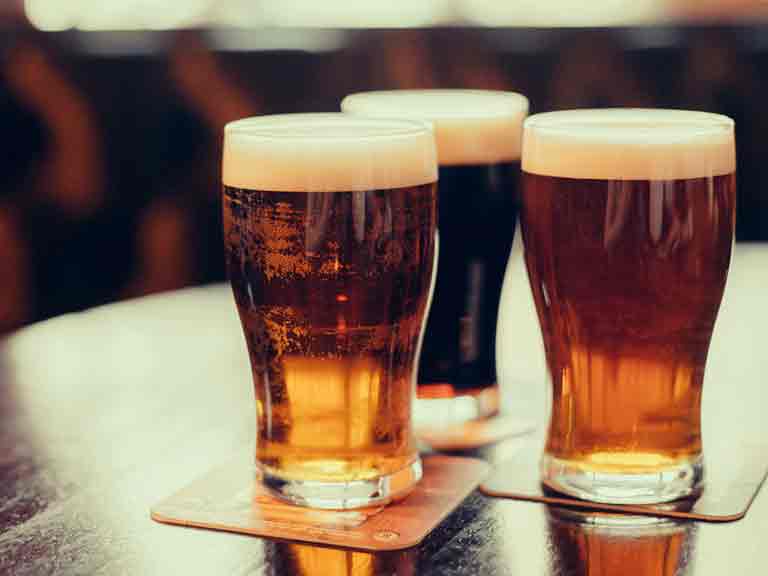 Our society is accepting towards alcohol consumption and that leads to uninhibited behavior, such as short-term binges our long-term heavy drinking. People drink socially but it produces a sort of “high” that they begin to crave. What may start as a social exercise to fit or giving in to peer pressure can lead to becoming addictive. The more you drink, the higher your tolerance for alcohol get. This begins a vicious cycle of needing more and more alcohol to reach the desired effect. This gets to a point where they feel they want to consume most if not all the time. This is known as a psychological addiction because this means that the act of drinking alcohol is now a habit.  Physical addiction is when a person is unable to stop drinking without experiencing withdrawal symptoms, which is the cause of alcohol include anxiety, shakiness, and on the more extreme end, seizures severe shaking, confusion, and hallucinations.

All of the above factors make alcohol a highly addictive drug. And that is an extremely dangerous thing. Because at a higher dose, it works as a depressant of the nervous system. And when it’s overdosed, it causes even more severe depressant effects – respiratory depression, coma, even death.  Short-term effects of alcohol include:

Long-term effects of alcohol include:

It is critical to monitor and be watchful of early signs of alcoholism and to realize its seriousness as a health concern, as mentioned above.